M+P was asked to design the first studio album of all new material in 14 years by STYX. This wasn't our first encounter with the band, but it was the most involved, challenging, and professionally rewarding. The Mission is a concept album: an adventurous 43-minute thrill ride that chronicles the trials, tribulations, and ultimate triumphs of the first manned mission to Mars in the year 2033. The result was a moody, yet modern, nod to their album art of the 70's. All of the illustrated artwork in this package was created with the help of select imagery from NASA – supporters of the band. There are even a few small hidden codes and details throughout the packaging. The coin on the cover was inspired by the "Challenge" coins issued for every NASA mission...and what an adventurous mission this was!

The video was created as an 8 second intro for online and bonus content. In addition, M+P creative directed 45 trippy minutes of music visuals available on the 5.1 surround version. 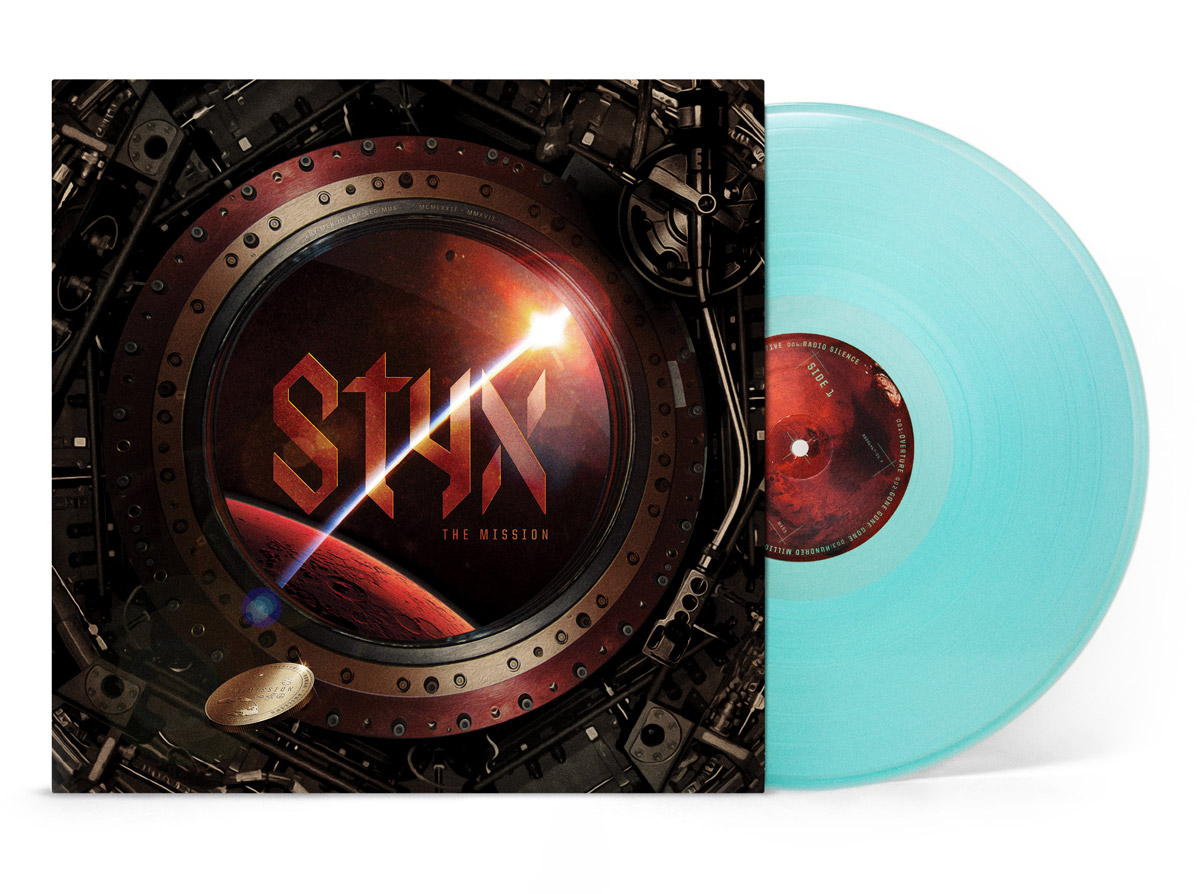 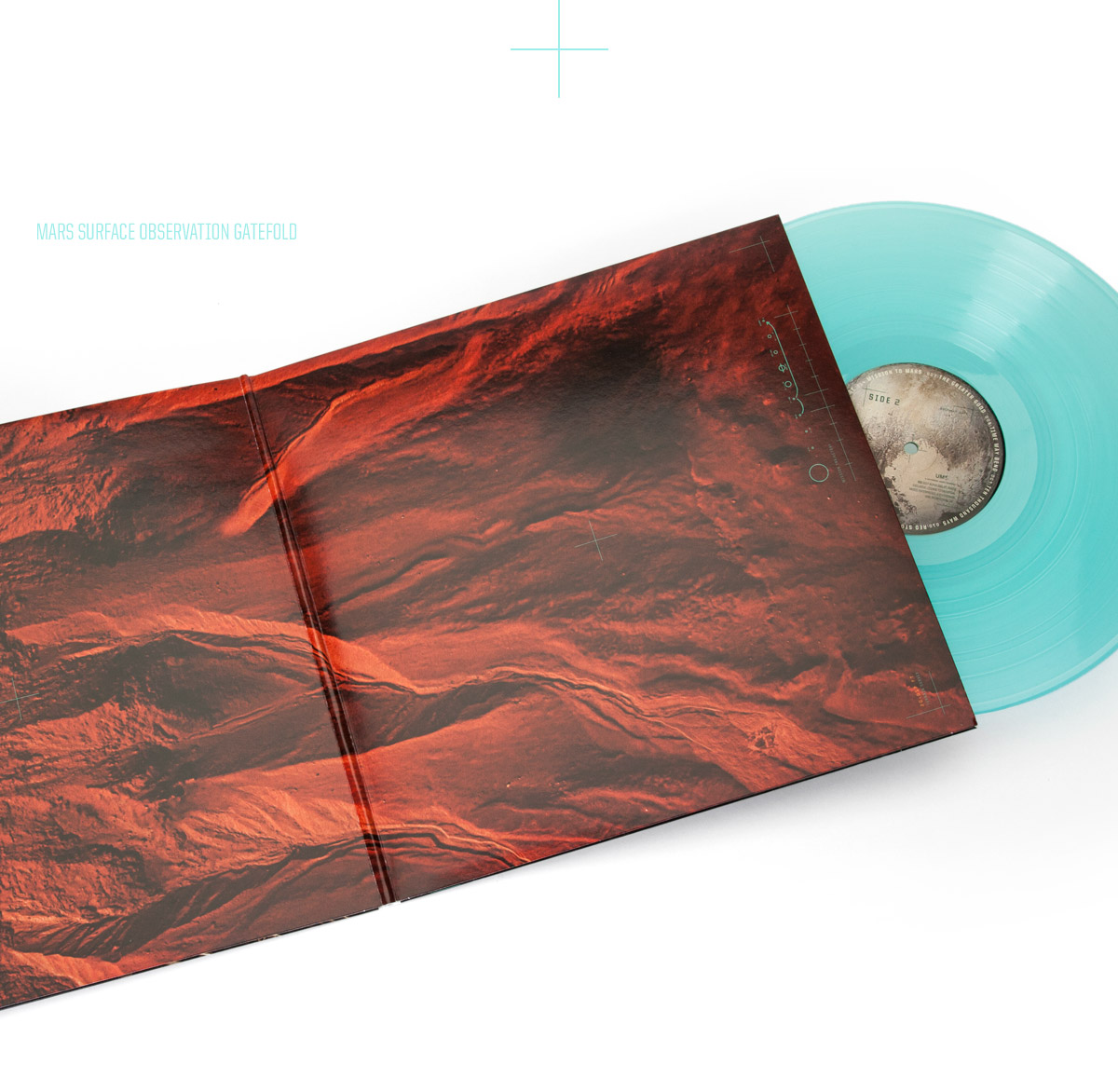 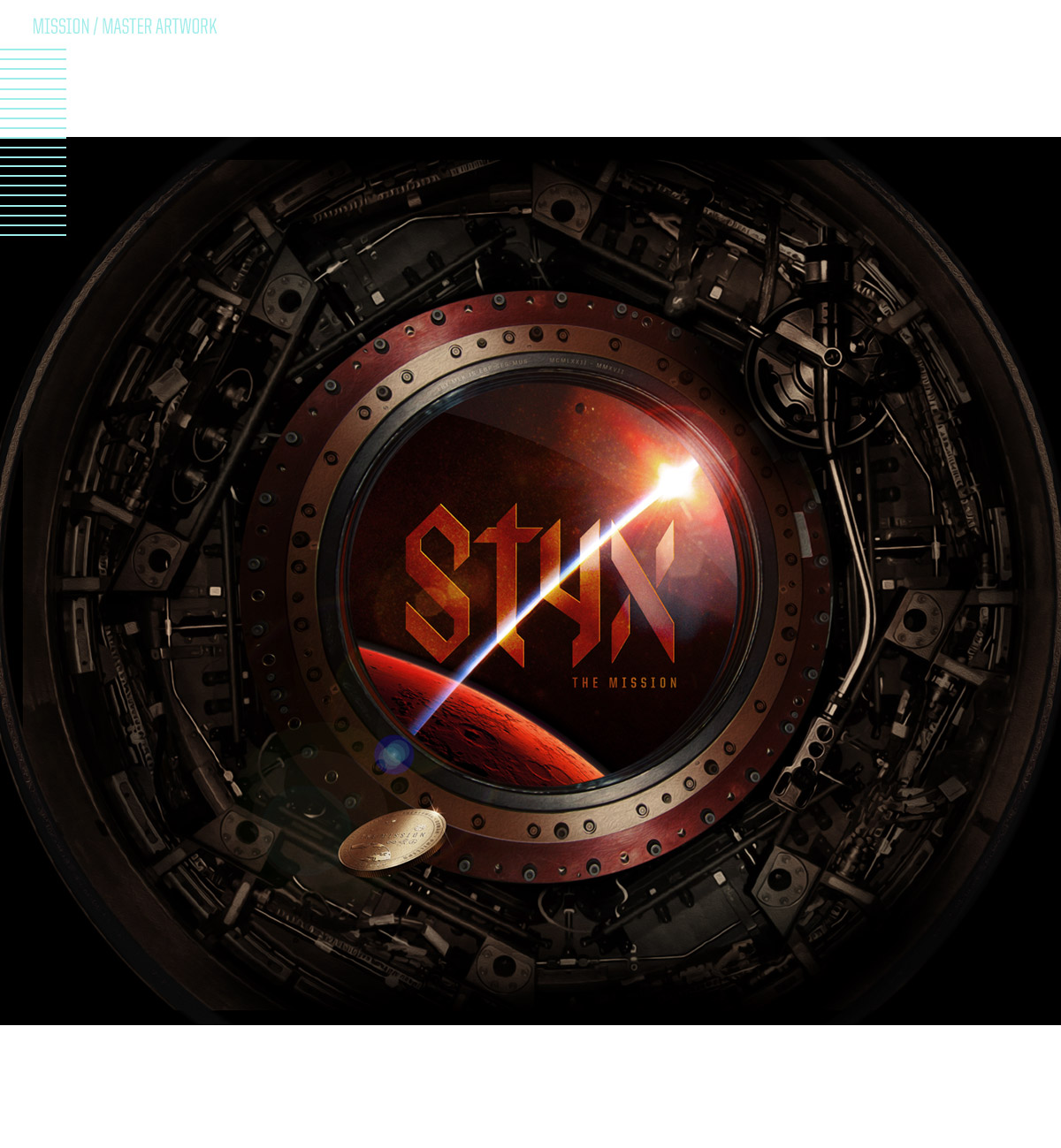 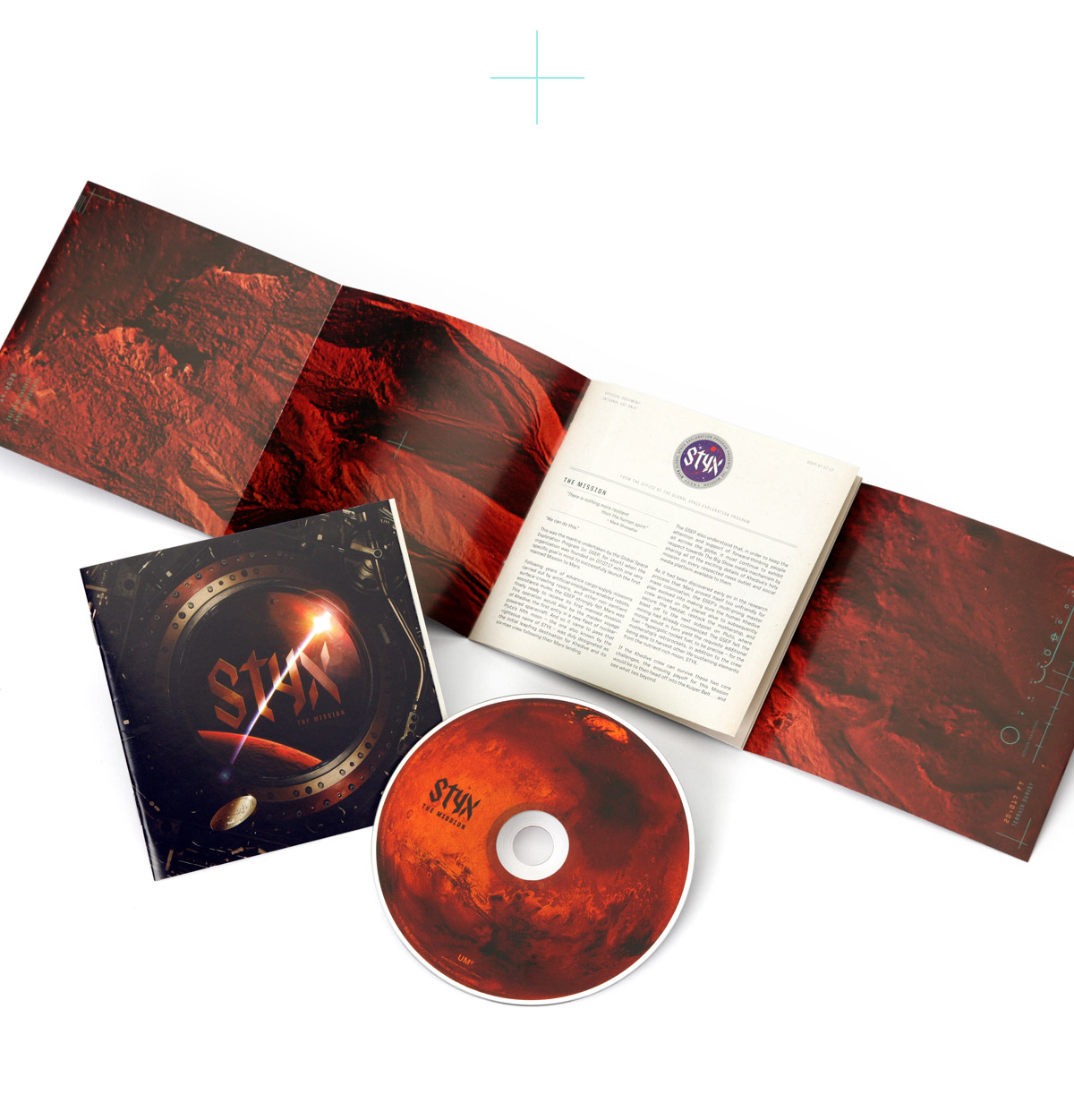 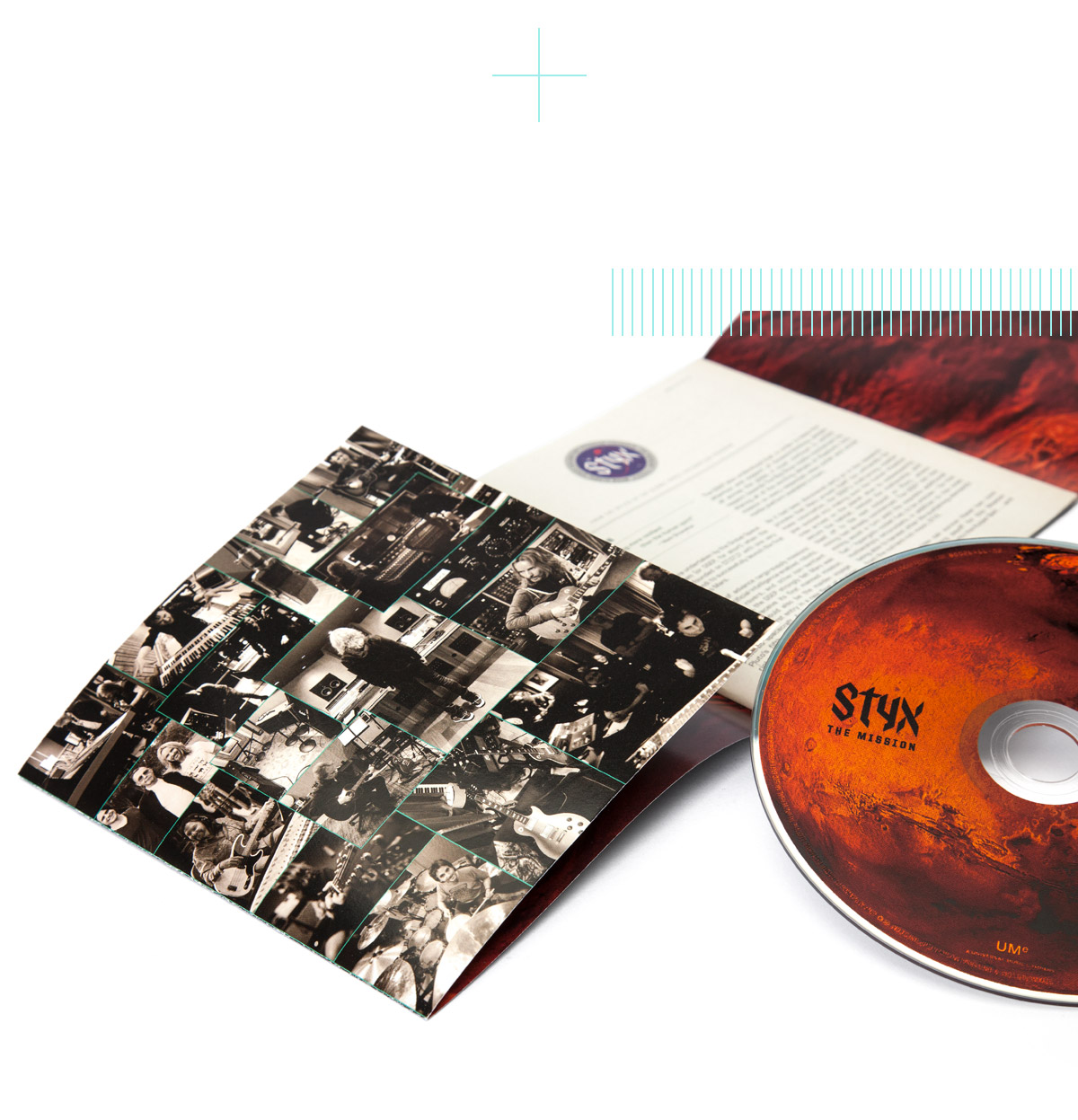 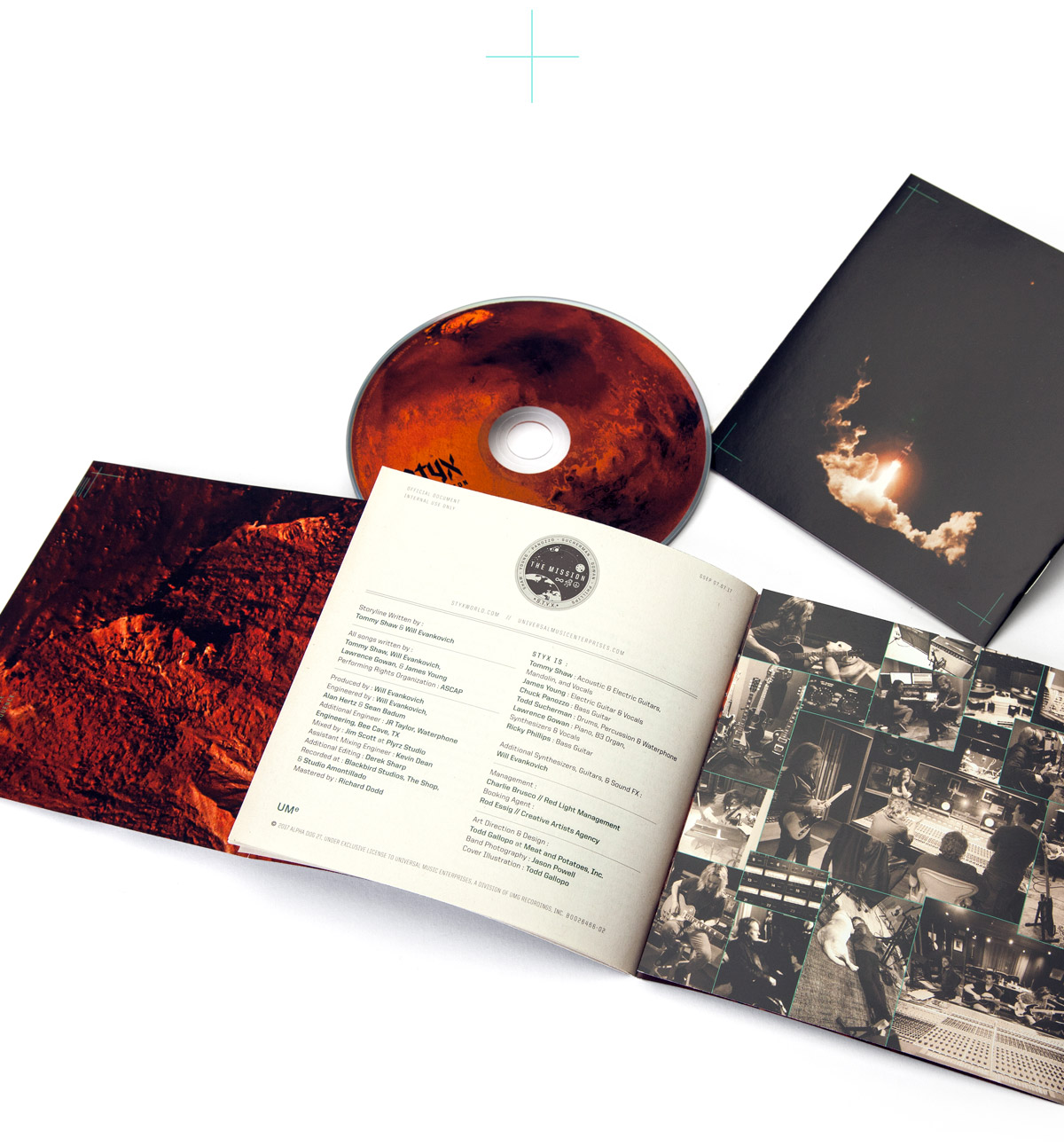 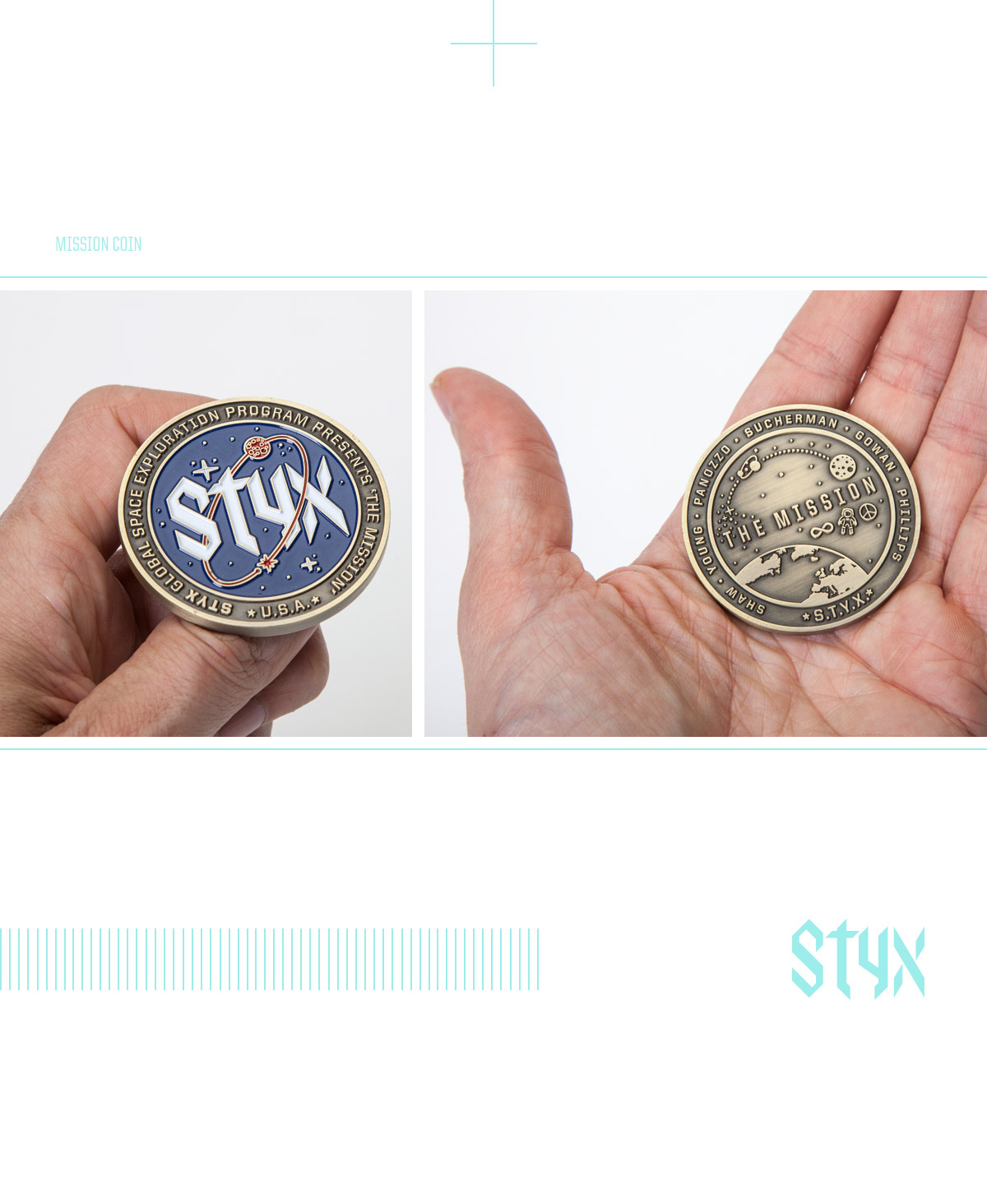